Our Build Operate and Transfer Model is based on the requirements of the Client and will be run on a pre-defined terms and conditions. In this case the ODC will be set up and managed by Datson360 for the client for a particular period of time. Datson360 would manage the operation of the ODC for a predefined period of time after which based on a few terms and conditions, the ODC will be transferred to the Client control.

In case the Client would like to buy the ODC, the purchase value of the ODC would be calculated as being equal to three months billing for the engineers being transferred from the ODC to the Client. All facilities / infrastructure used by the ODC could also be acquired by the Client on payment of the written down value of the facility / infrastructure. The ODC buy option would be available only after a minimum period of six months after the ODC has been operational.

This helps the client to build up its own facility in India without having to be exposed to entry-level hassles. 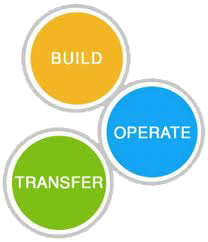